Basketball Drills: How to Score in The Post With Drew Hanlen 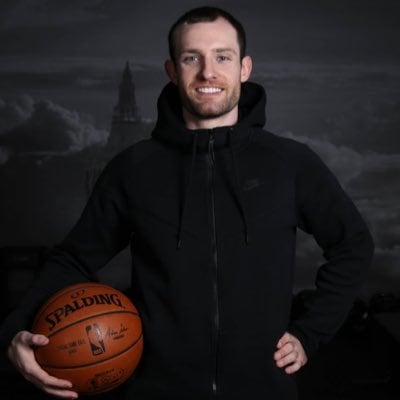 Drew Hanlen of Pure Sweat Basketball was kind enough to join us in the Dish Lab and break down basketball drills in three different post areas you can score in.

Dr. Dish shooting machines are the premier option in basketball training because of the unique capabilities our machines possess. Traditional shooting machines are designed for working on simply shooting, but the Dr. Dish All-Star was designed to incorporate all players in every situation they may encounter on the court.

Our shooting machines are designed to move away from the basket and with our swivel net technology, our shooting machines can make post entry passes and game location passes which benefits players at any position on the court. At Dr. Dish Basketball, we believe you should never be limited in your training.

In the video below, Drew Hanlen will break down the 3 different post areas you can score in as a player. Drew personally trains both guards and post players in the NBA, so his knowledge is of the game is incredible in many different ways!

SCORE IN THE LOW, MID, AND PINCH POST AREAS

As a player it's very important to get to the spot you feel most comfortable in scoring. In this video, Drew talks about posting just outside and off the block. If you get too low on the block, the backboard becomes an additional defender and you limit your options as a player. You want to make sure you catch the basketball in a spot in the low post that you can score with a counter move going either baseline or middle without any interference with the hoop. The move Drew demonstrates is called the push out step move. You want to attack the defenders top shoulder and push step to the mid-line for a hook shot. It's important not to pick up the ball before you do your push out step, because that would be 3 steps and a travel call. Make sure to be strong with the basketball and work on your footwork so that you can utilize this move properly without committing a turnover.

Once again you want to start a little outside and above the block. The mid post area is in the area that isn't often occupied between the block and three point line. You want to step out and meet the pass each time and square up to the hoop. The move he does is a knee-knee-chest move which is basically requires a defensive read that you will make. When you jab baseline and the defender doesn't move, you will attack the hoop that same direction. If the defender bites hard on the jab, then you will attack middle the opposite way and finish likewise. The knee-knee-chest move is when your defender doesn't react in either of the first two ways I mentioned. What you will do is jab and bring the ball low to your jabbing knee then give a shoulder fake back the other way while bringing back the ball low to your opposite knee. Because the defender is now off balance and hands are low on defense, you want to sweep the ball across your chest above the hand back baseline and attack the basket. Make sure you are staying low and in an athletic stance the entire time so you can explode to your spots.

The pinch post area is great for taking shots, making passes, and attacking the hoop. For those that aren't familiar, the pinch post is just another word for elbow area on the court. In the video Drew uses a rip-through fake to create space for his jump shot going the other way. The main focus with this move is to lift your body up slightly in a natural motion to make the defender really believe you are attacking the hoop hard. Carmelo Anthony is one player that has really mastered this motion and move. This has helped him remain one of the most prolific scorers in the NBA.

All three of these areas are great for post players to work out of and with the Dr. Dish All-Star shooting machine, Drew was able to demonstrate and do this drill all by himself. The All-Star is the only shooting machine designed to make-game location passing to simulate actual game-time play.

We want to thank Drew Hanlen of Pure Sweat Basketball again for coming to the Dish Lab to demonstrate another amazing drill on the Dr. Dish All-Star shooting machine!