Whether you’re running a summer basketball camp or simply building your library for the upcoming season, here are 3 shooting drills that will foster competition amongst your players.

This first drill can be done with or without a shooting machine. If you don’t want to use your Dr. Dish, have either a rebounding line underneath or have each shooter rebound their own miss. Turn your volume up when you watch the video below to hear me quickly explain how this drill works.

Similar to the First to 10 drill above is 33 Shooting. Run this drill with one group and see how fast they can reach 33 or split up larger groups into two groups and see who can get 33 points the fastest.

This final team shooting drill is great for teaching players to make the “extra pass” to open teammates. Move the 5 perimeter locations around to where your team gets most of its shots. 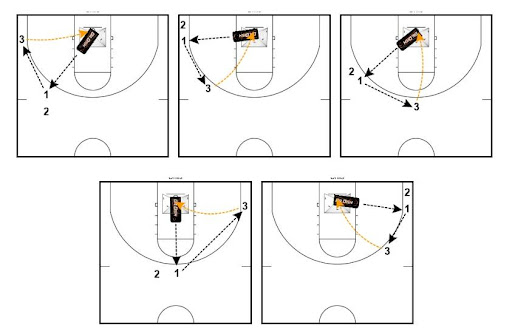