Basketball Coaching: 3 Ways to Encourage Your Players to Motivate One Another

You know that motivating comes with your job: it’s what you aim toward as a coach. You have the unique opportunity to work with a group of talented and devoted individuals and to inspire them by offering sound advice and your heartfelt encouragement. Coaches bring out the best in their players, but they don’t have to be the only ones. By teaching players to never blame one another for mistakes, to bring out the best in one another, and to respect fellow players, you can help your players motivate each other just like you do.


1. Don’t Let Your Players Discourage One Another

As a coach, you’re trained to tell when there’s disharmony among a group of players. No one’s talking on the bench, or a star player has lost faith in everyone else and is attempting to carry the team on his or her back. Discord among players is toxic to the unity of the team.

As a coach it is your job to stop behavior that makes players doubt their abilities, or convinces them they’re not a valued member of the team. Encourage your players never to allow any other player to feel like they have personally failed the team, especially if that player is feeling bad enough about his or her own performance already. Set an example by speaking to and encouraging players even when they aren’t playing up to par. Look for and reinforce uplifting gestures like players patting a teammate on the back who has just fouled out or been substituted.

More established players have the potential to be leaders. Discuss their position on the team and encourage them to act as role models. It’s important these players don’t overlook more inconsistent or inexperienced players for failing to play at their level, but instead pass on to them the leadership skills and sound decision-making they have accumulated. 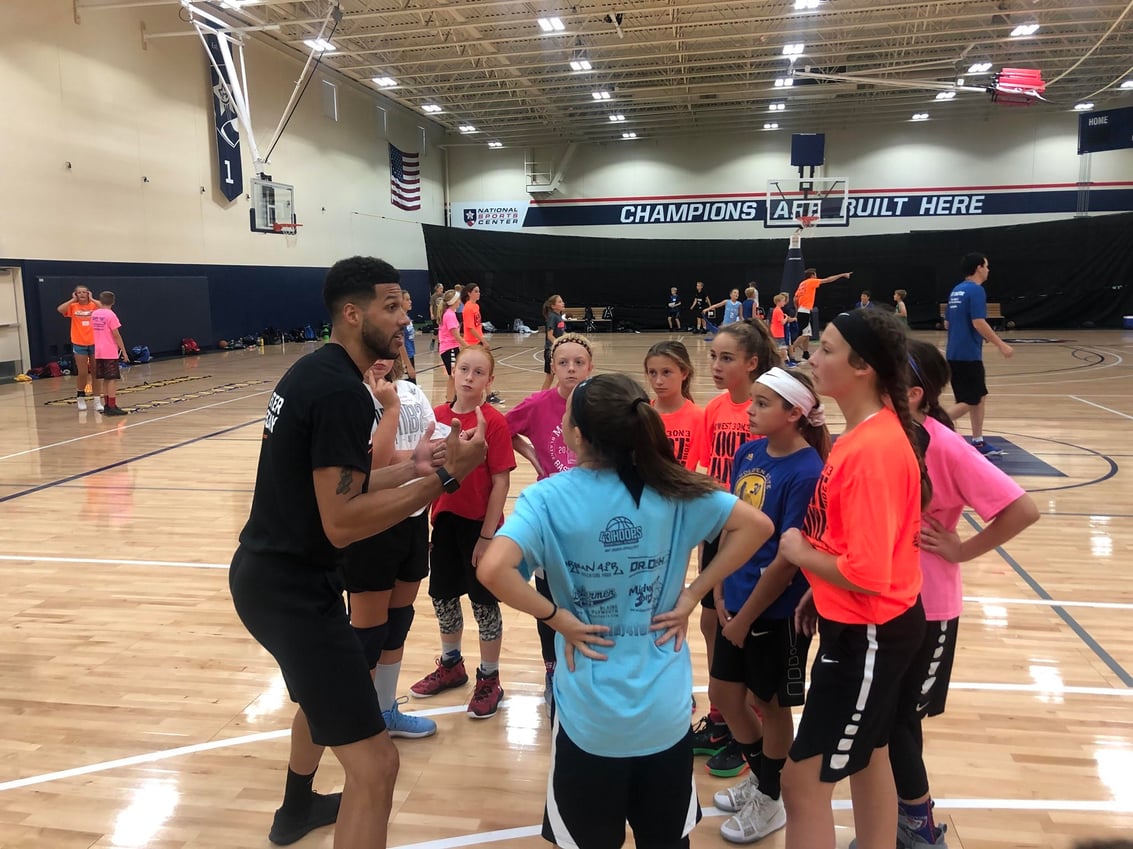 2. Bring Out the Best in One Another

Both in practice and during the game, players have the opportunity to not only put on their best performance, but to augment the abilities of other players. Good habits start with practice, so make sure players know how important teamwork is in practice. This is why a lot of drills involve the team working together, not just shooting individually. Players coordinate their efforts through such exercises as passing during rotations, performing rebounding exercises together, and opposing one another on drives. Players motivate one another by challenging each other, finding one another with sound passes so it becomes a habit during the game, and learning to recognize their teammates’ movements and abilities.

By game time, bringing out the best in each other should be a habit. Players will feel motivated knowing they’ve already worked together, and that they can trust one another.

3. Teach Your Players to Value Their Teammates and Show Respect

Respect is a huge motivator for players because it makes them feel valued on the team, and therefore more comfortable around teammates. One of the best ways to teach players respect is simply by setting an example: even if you need to point out flaws in your players’ performances, never critique them in such a way that you devalue them as a team member. Show them that your suggestions come from a desire to yield improvement, not a lack of conviction in their abilities.

Do not tolerate players who insult other players on or off the court, or refuse to respect any teammate the way they would want to be respected. Praise players who show patience and acceptance toward other players, even when they have difficult performances. Encourage your captains and stars to set an example for newer players by showing them firsthand that they play for a team that is grateful for the physical and emotional contributions of all its members.