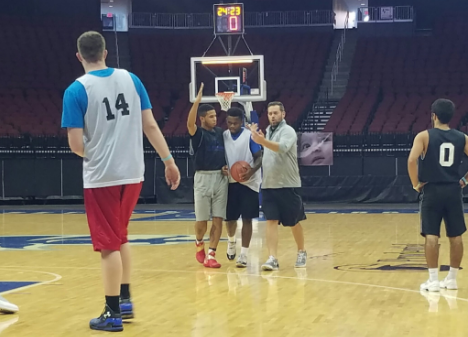 It's always a pleasure for Dr. Dish Basketball to travel around the country to attend some of the best basketball coaching clinics. The 2016 Coaches Clinics put on by the Brayden Carr Foundation in Rhode Island and New Jersey were both incredible events with tremendous speakers sharing their basketball knowledge and expertise.

The Brayden Carr Foundation was established by Jim and Natalie Carr in memory of their son, Brayden. Through these basketball coaching clinics, they are able to raise thousands of dollars for the Foundation where 100% of the proceeds go directly into the scholarship fund to help put smiles on many kids’ faces. To learn more about the Foundation and to donate, click here.

It was also great to have our Dr. Dish Basketball Shooting Machines on the court during each clinic to showcase our unique training capabilties. The crowd and players also really enjoyed the integrated speaker on the machines. 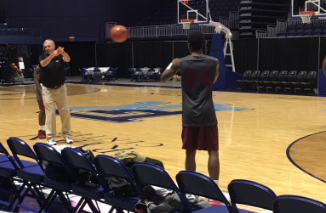 This was the first year that the Foundation put on two clinics on back to back Fridays. The first basketball coaching clinic was hosted at the University of Rhode Island on September 16th.

For a first year clinic, the list of speakers was very impressive. 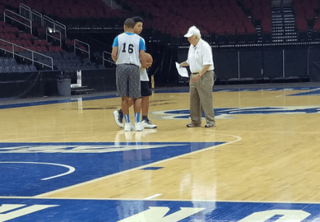 While this wasn't the first clinic in New Jersey for the Foundation, it was the first time it was hosted at the Prudential Center which was a great venue. The event was held on following Friday, September 23rd and the speaker list was equally as impressive as the Rhode Island Clinic.

We'd like to thank Jim and Natalie Carr for putting together these great basketball coaching clinics and allowing Dr. Dish Basketball to be a part of both of them. We look forward to being a part of the clinics again in 2017 and highly recommend them to any basketball coach looking to expand their knowledge and career.

Again, for more information on the Brayden Carr Foundation and to donate, please visit their website here.

Want a Dr. Dish shooting machine but don't think you can afford it? Click below!