Within our team’s offense, we frequently use stagger screens to get shooters open. Working in small group workouts, we don’t always have the number of players needed to simulate the 6-7 players needed to set up a stagger screen scenario. Instead, we’ll pare things down to just the shooter and a defender. We want the shooter to have a small advantage, but we still want the defender to put a little pressure on the shooter.

Checkout the full drill breakdown in the video below. 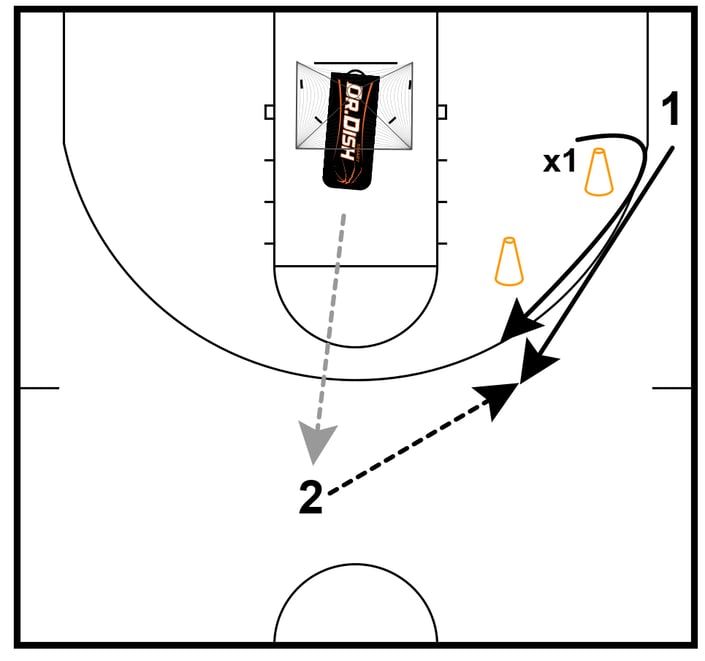 Want more from Coach Tony Miller? Check out his podcast, A Quick Timeout as well as his twitter/social media account @tonywmiller. We're so grateful to have him on our Dr. Dish team! Check out his other Dr. Dish Basketball Drills here.