7 Keys to Improve Your Shot This Off-Season 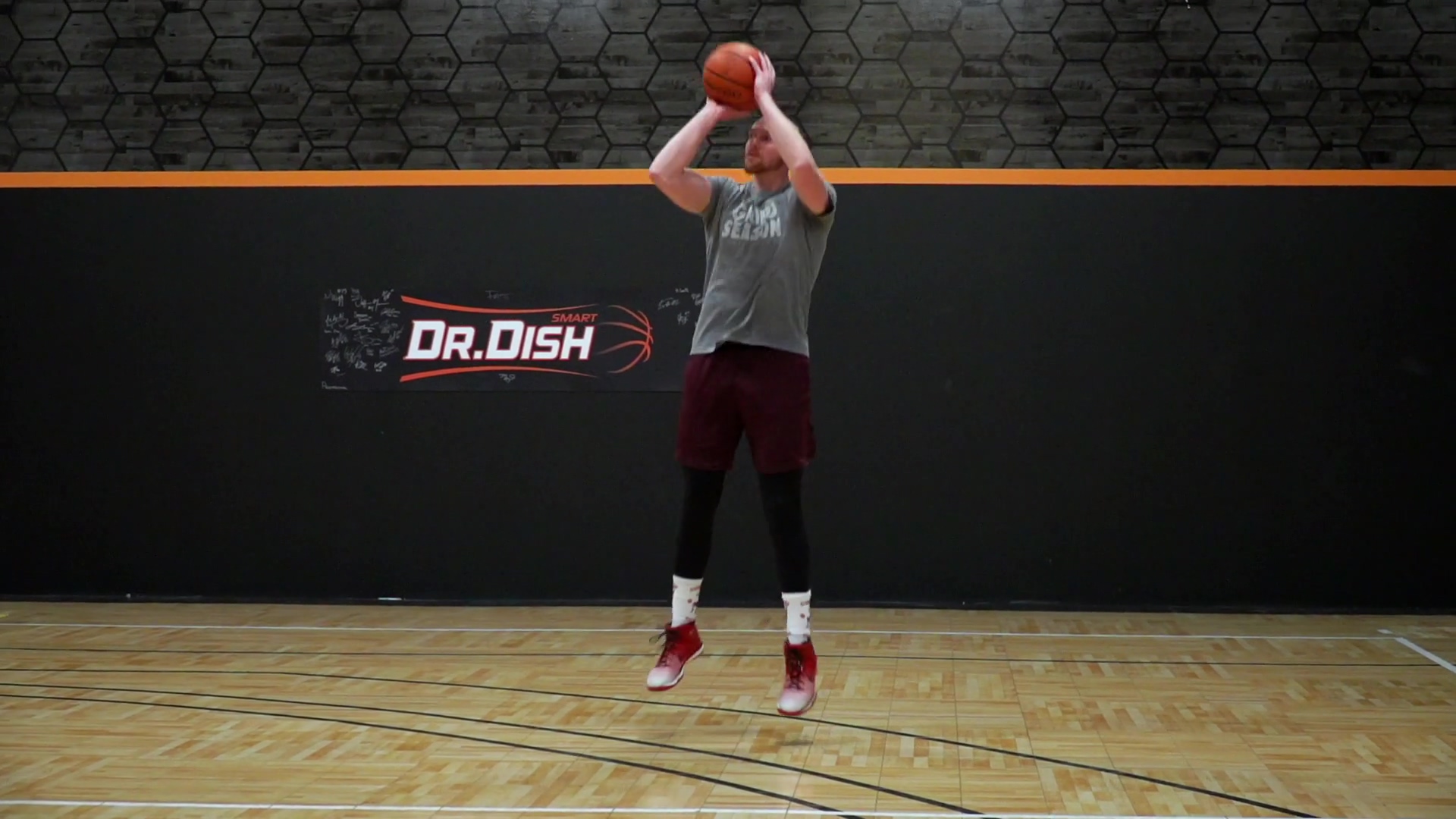 Shooting has always been a premiere skill in basketball and is a skill that many coaches believe is lacking in most players. Here at Dr. Dish Basketball we've built our business on helping players improve their shot in a variety of ways.

With the current global pandemic, it's becoming harder for players to improve their shooting at home. Below we'll provide 7 tips on how to improve your shot this off-season!

One thing players struggle with the most is developing a consistent routine. Many players just step on the court and shoot and chase rebounds for an hour or so and then call it a day. This doesn't necessarily mean they aren't getting better, but it's at a much slower rate then it could be.

Understanding your goals and executing the plan makes all the difference. Players: Challenge yourself to specifically make a set number of shots at specific locations, in specific scenarios, and stay with it until its complete. Have a focus each day so that you can hone in on improving in that particular area. This helps develop muscle memory and good habits.

Starting with form shots is a great way to develop good habits while focusing on the fundamentals. Form shooting allows your brain and motor skills to work hand-in-hand and builds the consistency shooters need to be successful.

Most coaches will say start close to the hoop and work your way back as you hit specific shooting goals. This repetition is great for confidence and also gives players a chance to correct mistakes easier.

3. Focus on Fundamentals And Balance

Many "old school" coaches and players often talk about the fundamentals and how important they are especially when shooting. However, many times younger players have looked at this as a bad thing regarding training.

I've had players that could hit a deep three but not make a left handed layup or mid range pull-up. This is because players aren't focusing and training properly.

There are steps and processes that need to be followed when learning how to shoot and train. Balance is a basic fundamental that players often forget to work on. It allows players to shoot the ball in many different situations and more accurately regardless of the offensive movement. Balance allows players to be more consistent, gain strength, and have more offensive options when they get the ball.

Make sure to work on the fundamentals and BALANCE each and every day.

Consistency is key and it's super hard to develop. When I train kids it's the word I use the most. Oftentimes players lose consistency because of fatigue, lack of skill, and lack of concentration.

Consistency comes when confidence develops as well. Players that constantly question their own ability and change their form because of missed shots will never develop consistency.

Basketball is a game of inches and sometimes lack of confidence can make players question what they have worked thousands of hours on. Become comfortable in uncomfortable situations within your training. Doing this will allow you to remain consistent no matter what pressure situation you're in.

5. Film And Analyze Your Mechanics

I personally became a better college/pro basketball player after I started watching film and analyzing my personal play and team play.

As far as shooting goes, it's important to understand when things are working and when they aren't. Everything feels and looks different on camera. It's hard for players to watch themselves sometimes because it forces players to see the truth.

Trainers can also be great for helping with the mechanics of shooting and tailoring specific movements based on the players physical attributes.

Specifically, the off-season is a great time to breakdown and analyze your shot because adjustments can be made before the regular season starts. Dedicate yourself to making a positive change even if it's difficult and time consuming. The results in the end will be worth it.

One of the things that bothers me the most is when players go into a gym and ONLY throw up random shots. Now don't get me wrong, it's okay to get in the gym and have fun. But when the goal is to train properly its essential to train game-like. It makes everything easier come game time!

7. Shoot With A Positive Mindset

Every time the basketball is shot the assumption in a players mind should be that its going in. This way there is no hesitation when the opportunity to shoot the ball presents itself.

At the end of the day, becoming a great shooter requires reps and purposeful training. NO SHORTCUTS.

Keep building that foundation every day. You’ll be happy you did when this is all over 💯 #basketball #relentless

One of the best ways to take advantage of this is with our Dr. Dish shooting machines. Every model in our lineup gives players the ability to get up thousands of shots while tracking progress and success over time.

For more information on our machines, be sure to check out our many basketball drills and resources and subscribe to our YouTube channel.

Most importantly though, always make sure to train hard, train smart, and train with a purpose!