Basketball Training Equipment: 4 Signs Yours is Out Of Date 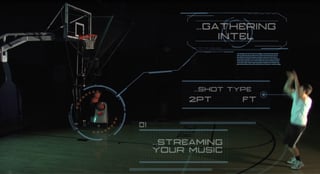 ‘Basketball never sleeps.’ You warn your players that while they’re laying out the couch, their opponents are in the gym.

But, just being in a gym isn’t enough anymore for successful modern basketball programs. If your equipment is outdated, your kids may as well be sitting on a couch playing Candy Crush - and they might already be there.

Cutting-edge training machines add the advantages that transform good athletes into great athletes. Back in the dark ages, there was a machine called "The Leaper" that players considered the ultimate jump training. Players squatted, put their shoulders in plastic pads and pushed against the machine’s compressors. It was effective for its time. Today, no program uses "The Leaper" because there are dozens of better alternatives.

It is equipment that makes today’s players so much better than those from generations gone by. If the movie ‘Hoosiers’ were set in modern times, you can be sure that even small school Hickory would have some sort of basketball training equipment in the gym.

Don’t let your athletes down by having outdated equipment. Be aware of these four signs that warn it might be time to invest in the next generation of basketball training equipment.

Modern training equipment is built as sturdily as possible. It has to be, its users are some of the strongest people in the world. So, when equipment that was previously reliable is increasingly being repaired, you probably have an outdated machine. Look at the pattern of breakdowns. Are certain athletes the last users before it breaks? Is it touchy when it comes to specific exercises? It may be time to put it out pasture.

If it ain’t measured, it didn’t happen. Modern equipment is packed with sensors that indicate direction, speed, force and usage time. Even some basketballs have them. Wi-fi connected equipment provides an invaluable training edge that is no longer optional for elite athletes. Smart machines are able to provide spreadsheets that track plateaus, shots taken and much more. If your players are still using “dumb” machines, it may be time to invest in a smart one.

Mattresses and furnaces are in it for the long haul, 15 or 20 years. But, training equipment generations cycle quickly. After five years, you are almost guaranteed that updates are included in a successor model. Training equipment isn’t like fashion, where cosmetic changes rule. Training equipment is updated to enhance performance. If it doesn’t do the job, its competitors will put it out of business. Using five-year-old equipment may be costing your players the resources they need to win.

Just like you know every snap and pop of your own car, players grow acquainted with the machines they spend hours on. They may complain about outdated machines that no longer work as well as they used to; they may blame the machine for a performance plateau; they may want to work on a new skill for which the old machine has zero capacity. Listen to your players. They know their bodies and their training equipment.

Fans don’t see it, but nearly every NBA power dunk and every NCAA 3-point dagger is enhanced by modern advanced basketball training equipment. Give your players those same advantages.

Is it time for you to update your basketball training equipment? Check out our new "Smart" machines!