The WNBA Playoffs have provided some incredible entertainment over the last couple weeks, and the best-of-5 Finals between the Chicago Sky and Phoenix Mercury are already off to an exciting start, with game 2 coming up Wednesday evening (10/13) at 8 p.m. CT on ESPN.

It's no coincidence our #DrDishFam is well-represented in the Championship round, with our very own  Skylar Diggins-Smith (Mercury) and Allie Quigley (Sky) squaring off for the coveted trophy.

Through the playoffs, both Diggins-Smith and Quigley have been vital to their team's success, with both advancing all the way from the play-in round to the Finals. 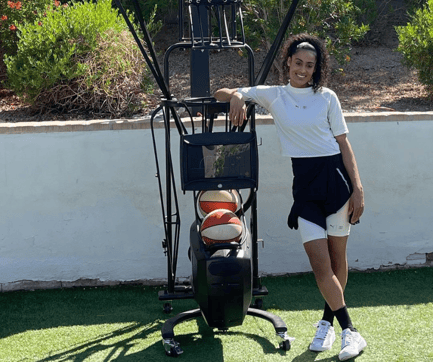 It's no secret how much Diggins-Smith means to this Phoenix squad, as she was one of just two players in the league this year to finish the regular season in the top 10 in both points and assists per game.

The Olympic Gold Medalist has carried that success into the playoffs, averaging more than 14 points and five assists per game during this postseason run.

Every team needs a sharpshooter, and Quigley has arguably been the best in the league in that role. The 12-year veteran ranked top 3 in 3-point percentage (45.4%) while shooting a league-best 96%(!!!) from the free-throw line during the regular season.

In the playoffs, "Quigs" has averaged 14 points per game and hasn't missed a single shot from the charity stripe. That consistency has undoubtedly helped lift the Sky to within two wins of a Championship.

The Sky got the dub behind SIX Sky players in double figures 🎯#WNBAFinals presented by @youtubeTV pic.twitter.com/2pOorFkWXm

Game 1 of the best-of-5 finals series went to Quigley and the Sky, as they traveled west to Phoenix and came away with a 91-77 win. Game 2 takes place Wednesday, Oct. 13 (8 p.m. CT/ESPN) as Diggins-Smith and the Mercury look to even the series on their home court before things shift to the Windy City.

Are you ready to start training like a champion this upcoming season? Check out our championship resources for coaches, parents and players and write your own championship story.